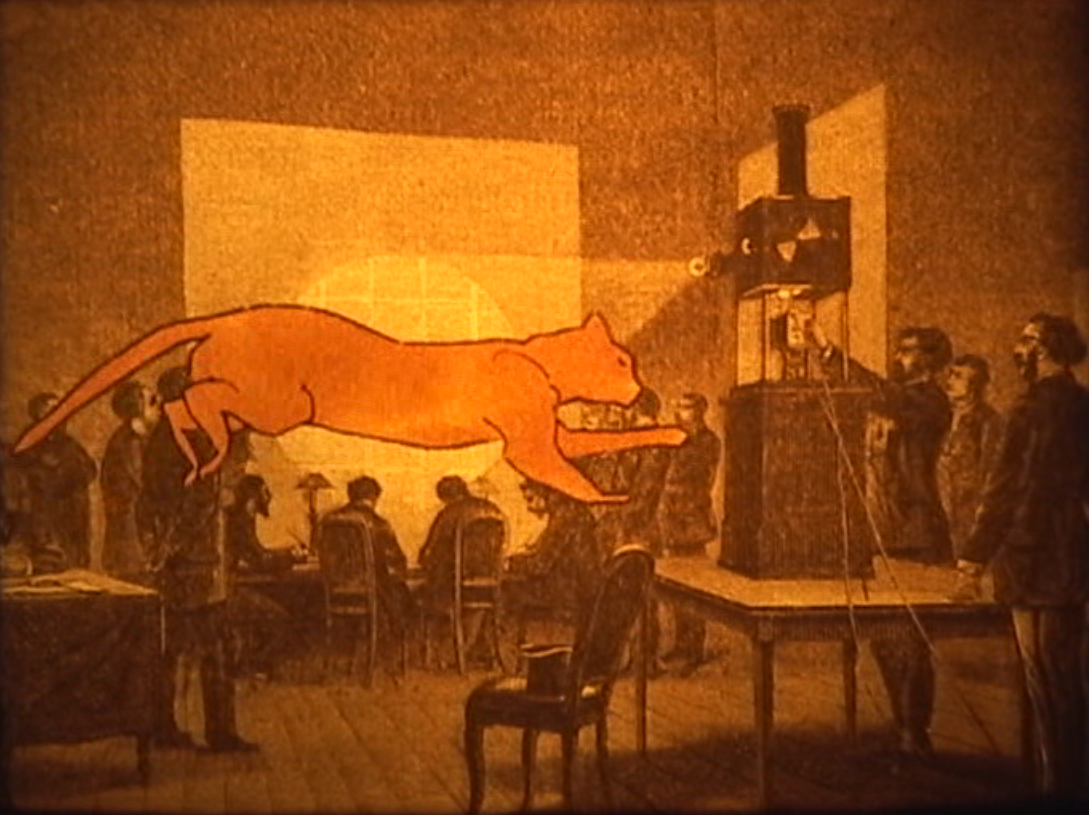 The final screening programme of the Weekend explores the outer limits; travelling into the far reaches of the imagination and out to celestial bodies. With films pushing at the boundaries of what is real or unreal, micro or macro, animated or non-animated; these works weave together fragments of images into webs of clues, hinting at what is ‘beyond.’

The Edge of Frame Weekend 2018 is supported by Jerwood Charitable Foundation, Royal College of Art, and using public funding by the National Lottery through Arts Council England.

Things
Ben Rivers
UK 2014 21’
16mm
A travelogue in which the filmmaker leads himself and the viewer through a tour of the four seasons, without ever once setting foot across his doorstep – focusing on unexplored things inside his own four walls.

Solar Sight III
Lawrence Jordan
USA 2013 16’
16mm
“A comparatively straightforward presentation of improbable images, which have formed themselves in my improbable mind.” – LJ.

Small Things Moving in Unison (WORLD PREMIERE)
Vicky Smith
UK 2018 4′
16mm
Perforations made directly into 16mm black leader attempt what Sitney describes in relation to Breer’s 70 as ‘five-frame holds’, whereby methods used to control the movement of onscreen forms have the effect of retarding motion. Small Things confronts the purely plastic problems that persist in the manually made film, of registering marks in the same place over a series of frames. At the same time it does not discourage the interpretation of these forms as a gathering, not so much of particles, but rather of a swarm or a murmuration.