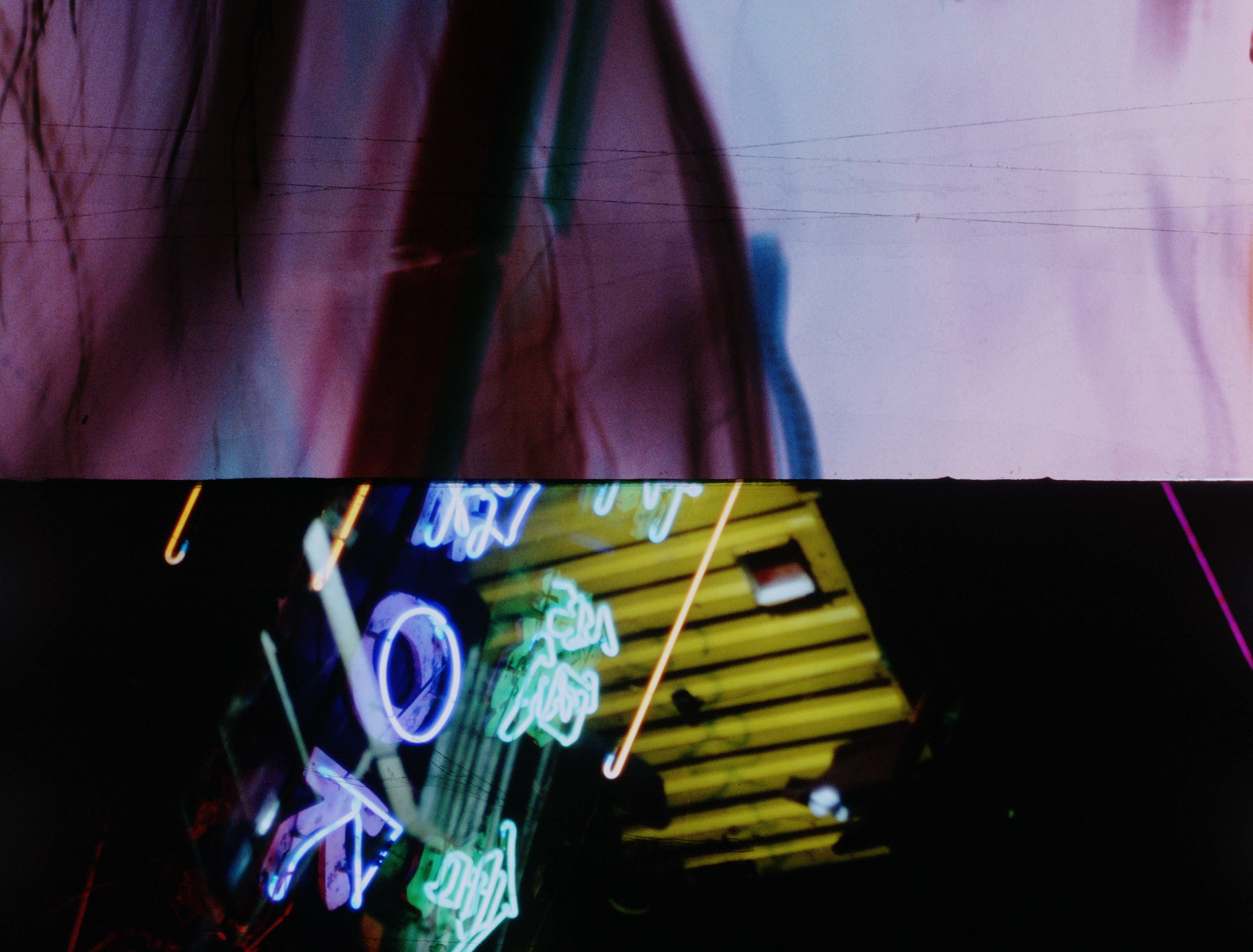 A programme of five recent works at the intersection of animation, artists’ moving image and experimental film. Each of these films shares a concern with ideas of the surface in relation to the moving image, from the film negative to the computer screen, though each approaches the theme in markedly different ways. Covering considerable ground both geographically and formally, the works utilise film (Super 8, 16mm and 35mm) and digital formats, often combining elements of the two to captivating effect. Beyond their often quite startling formal qualities these works delve into rich personal and social histories, spiritual quests and conceptual enquiries. From Hackney to Hong Kong, and from entrancing flicker to meditative spaces, these works offer a dynamic vision of contemporary practice.

Surface Memory is one of four programmes curated by Edge of Frame for London International Animation Festival 2019, taking place at venues across London from 29th November to 8th December. 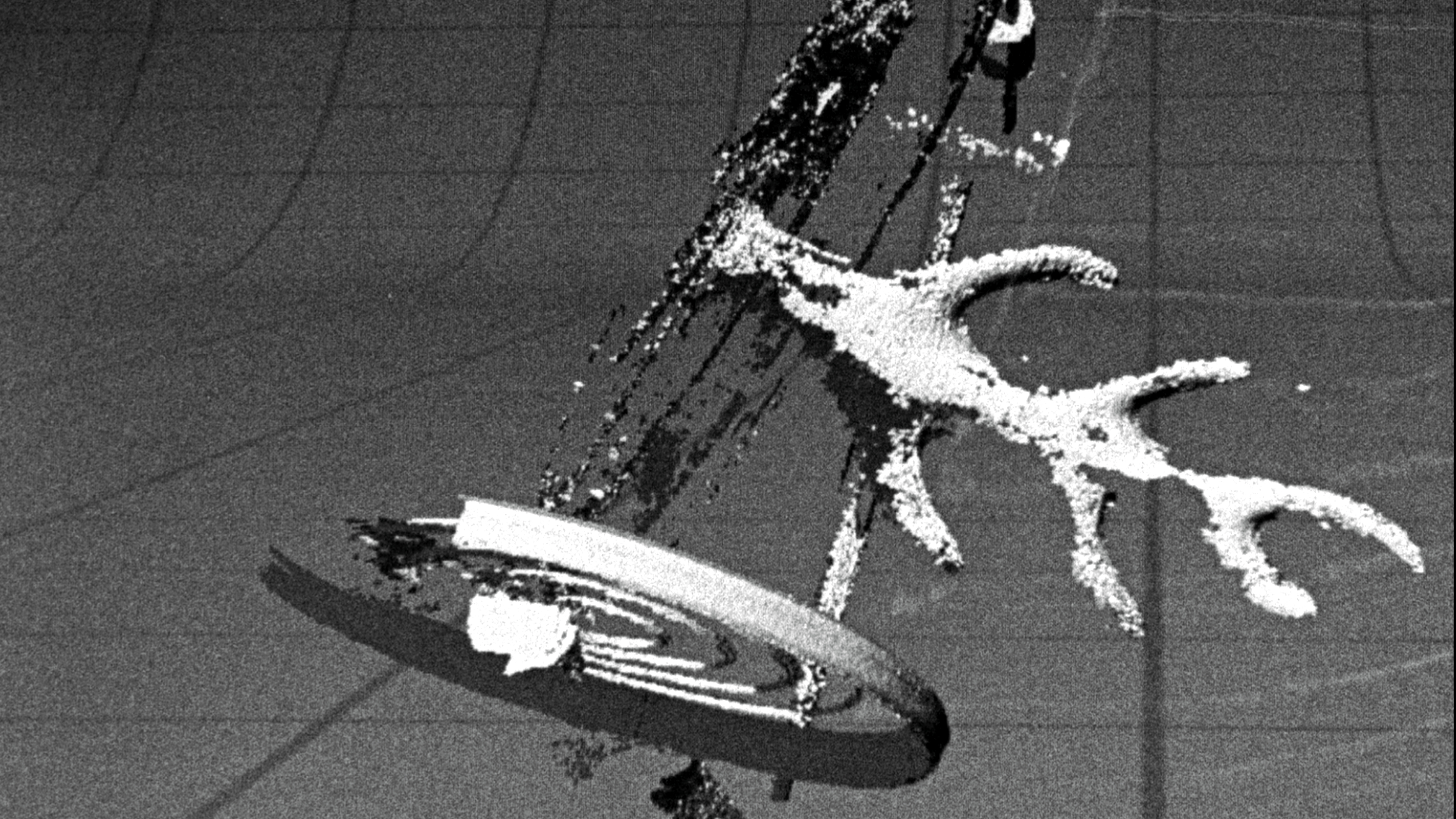 E-Ticket
Simon Liu
2019 | 13 min | 35mm transferred to digital
A film sixteen thousand splices in the making. E-Ticket is a frantic (re)cataloguing of a personal archive and an opportunity for rebirth to forgotten images. 35mm photo negatives and moving pictures (taken during the artist’s formative years) are obsessively cut apart, reshuffled then tape spliced together inch by inch in rigid increments. Fragmented views swipe through a school trip to India then culminate with a protest of a 2005 World Trade Organization summit in Hong Kong. My photographs may all be cut up and mixed around, but at least they’re all in one place now. A retelling of Dante’s Inferno for the streaming age; a freedom of movement reserved for the modern cloud.

A Ghost Eats Mud on the Mountain
Richard Forbes-Hamilton
2018 | 27 min | Digital
A Ghost Eats Mud on the Mountain is an abstract journey set against a backdrop of spaces in Hong Kong. The spaces navigated through the film seem to sit outside of time and place; somewhere in between past and future, nature and urban space, myth and document. The only apparent inhabitants of this world are a peripheral figure and their buffalo. If the film suggests a transitional realm or liminal space, then the youth and the buffalo are of this same realm. The artist’s navigation of these scenes could be considered equivalent to the suggested experience of the protagonists. The film is solely produced and scored by Richard Forbes-Hamilton created utilising a combination of still photography and digital animation techniques.

Please step out of the frame
Karissa Hahn
2018 | 4 min | Super 8 transferred to digital
from your desk(top)
mistrust the manufactured image
distrust the assembled picture
give no credence to the massed account
discredit the aggregate narrative
defame the corporate chronicle
denigrate the collective annals
doubt the constructed copy
– consider the clone.

PHX [X is for Xylonite]
Frances Scott
2019 | 13 min | 16mm film transferred to digital and 3D animation
In PHX [X is for Xylonite], the first semi-synthetic plastic – cellulose nitrate – is considered through its development of photography and film, as until the mid-20th century it was used as the base for film-stock, and elsewhere in props production. Collaging digital animation with hand-processed 16mm, plastics are proposed as strata; so that the layers that make up film – its emulsion and substrate – are made evident; like its material seams that will, in future sedimentary rock layers, signal our Anthropocene era and its flawed capitalist productions. Commissioned as part of Bow Arts heritage project ‘Raw Materials: Plastics’, with generous support from the National Lottery Heritage Fund and University College London.

Re-vue
Dirk de Bruyn
2017 | 6 min | Digital
Re-vue is a mutilated love-letter to the film’s form in address to the act of seeing itself. It is shaped as a response to, and in dialogue with, Mike Hoolboom’s Color My World (2017). A flicker-fest lamenting a lost relationship with narrative cinema, by which it is forever marked. Yet there are hints for a way back in this age of surveillance. 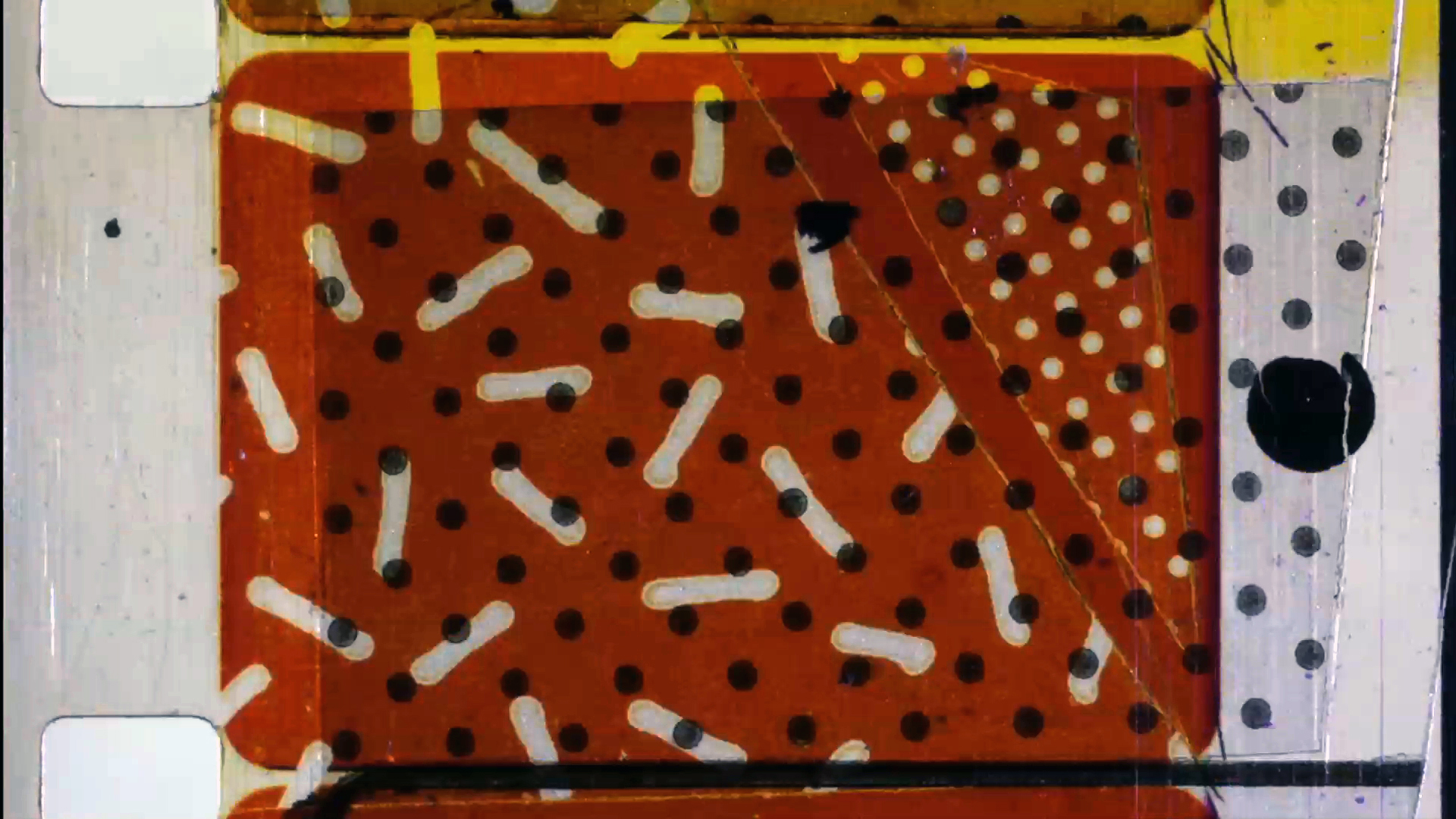