Edge of Frame and Close Up present The Films of Jodie Mack: Programme Two

Still from The Grand Bizarre (2018) by Jodie Mack

“Shot in a dozen countries, the film finds Mack’s trademark, color-coordinated textiles dancing across a variety of exotic locales (India, Mexico, Holland, Morocco, and Turkey represent just a partial itinerary) through a meticulous process of frame-by-frame photography and practical production magic. Playful and propulsive, Mack’s animations conjure an array of visual patterns, which in turn generate a multitude of motifs that together speak in potent shorthand to the economic and industrial development of fabric manufacturing the world over. In Mack’s dazzling montage, everyday sources—maps, globes, plane tickets, even back tattoos—reveal both cross-cultural codes and universal truths, bringing this eclectic cinematic travelogue into seamless dialogue with each viewer’s unique worldview. Driven by a homemade soundtrack that locates a heretofore unrealized intersection between hip-hop, chiptune, and synth-pop, The Grand Bizarre tackles lofty themes at an intimate scale, imbuing familiar forms with a subtle but incisive sociopolitical force.” – Jordan Cronk, Film Comment

The Grand Bizarre (Jodie Mack, USA)
A postcard from an imploded society. Bringing mundane objects to life to interpret place through materials, The Grand Bizarre transcribes an experience of pattern, labor, and alien[-]nation[s]. A pattern parade in pop music pairs figure and landscape to trip through the topologies of codification. Following components, systems, and samples in a collage of textiles, tourism, language, and music, the film investigates recurring motifs and how their metamorphoses function within a global economy.
60’30, 2018 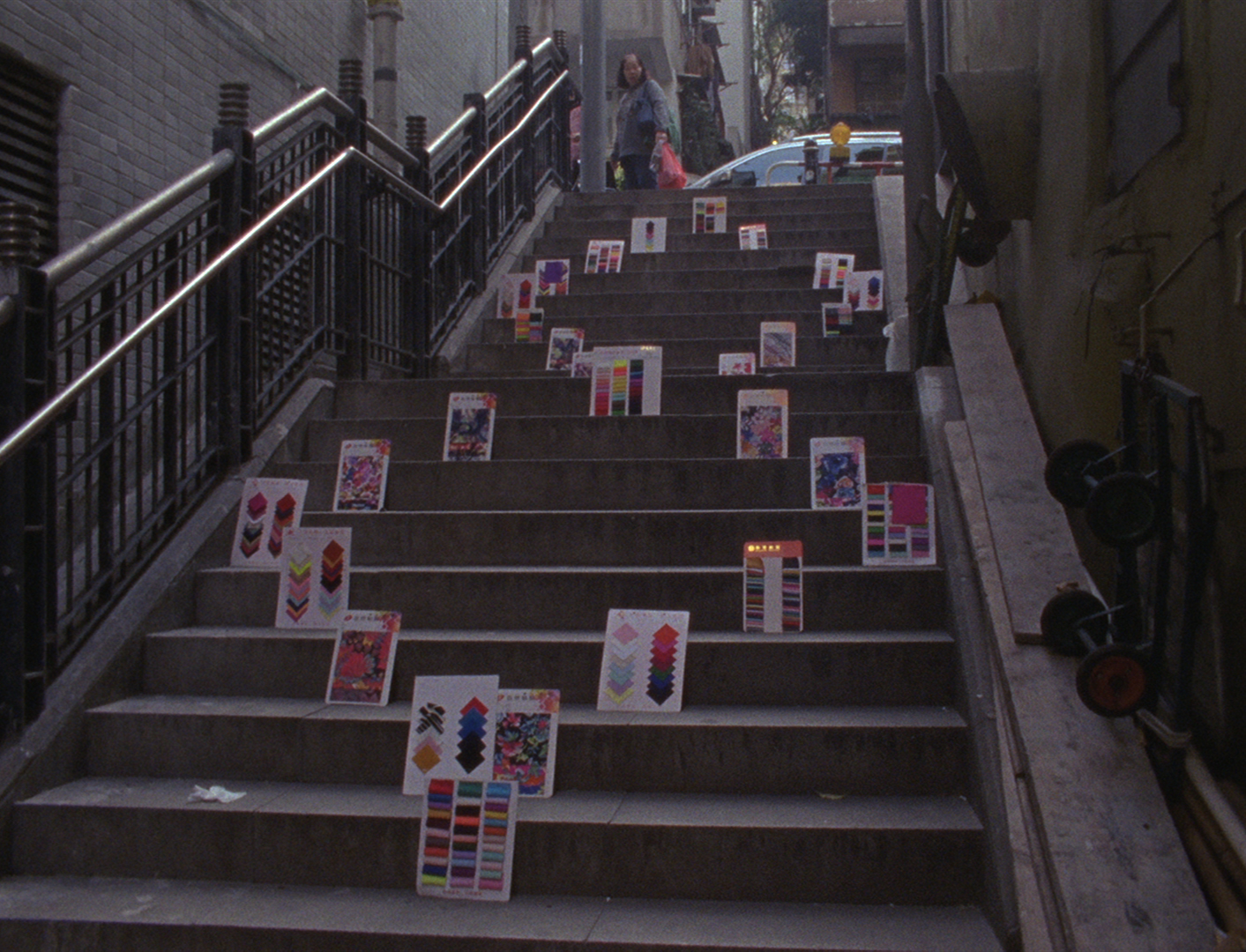 Still from The Grand Bizarre (2018) by Jodie Mack

The Grand Bizarre is one of three programmes curated by Edge of Frame for London International Animation Festival 2018, taking place at venues across London from 30 November to 9 December.