The first of four Edge of Frame programmes curated by Edwin Rostron for London International Animation Festival focuses on a fascinating subset of experimental animation, the painted animation. It features a varied range of approaches to making this unruly substance move, including painting on glass, on canvas and on photographs, cut-out paintings on paper, painting with the body and more. The selection celebrates the fundamentally hybrid nature of animation, colliding and combining quite different mediums, in this case paint and film, to generate new and unexpected possibilities. Featuring narrative and abstract work, studio experiments and emotional landscapes, each film creates its own unique world borne out of paint and its material qualities.

Brushwork: The Painted Animation is one of four programmes curated by Edge of Frame for London International Animation Festival 2019, taking place at venues across London from 29th November to 8th December. 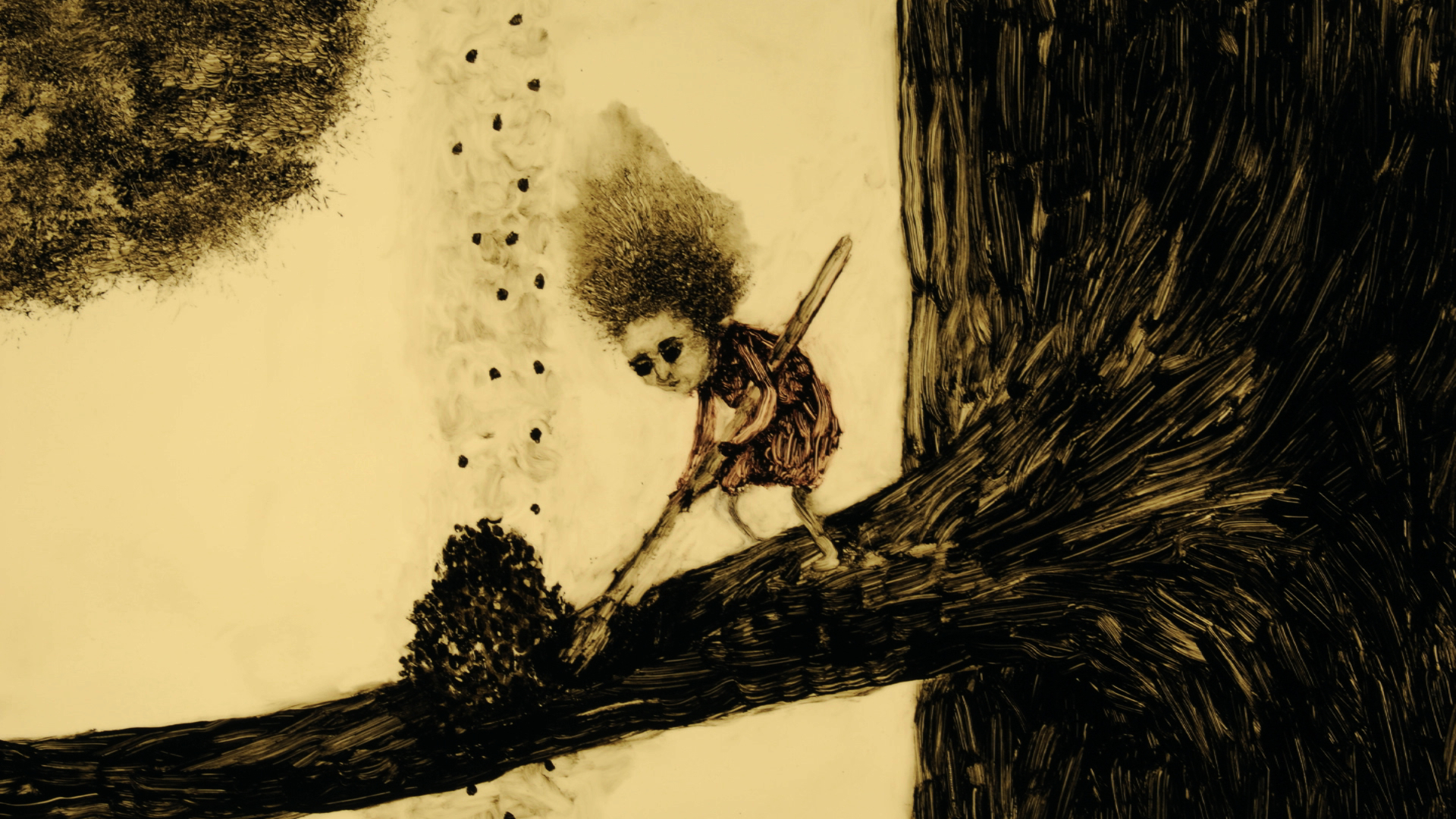 Stacking
Vicky Smith
2006 | 7 min | 16mm
“In Stacking I use a technique of straight ahead animation that I refer to as ‘direct liquid animation’. The continuous shifting and layering of painted animated scenes are equated to a sense of ecological instability and to emotions of uncertainty and overwhelm.” – V.S.

MOTH
Allison Schulnik
2019 | 3 min | Digital
The film seeded and bloomed from the simple act of a moth hitting the artist’s studio window and continues as a wandering through the primal emotions of birth, motherhood, body, nature, metamorphosis and dance.

Brush Work
Clive Walley
1992 | 3 min | 16mm transferred to Digital
The third in Clive’s ‘Divertimenti’ series. The viewer is taken on a journey into a 4-dimensional abstract and painterly world, where animated brush strokes dance and dart across levels of glass.

I’m OK
Lizzy Hobbs
2018 | 6 min | Digital
In 1917, Austrian artist Oskar Kokoschka was in hospital, injured and shell-shocked from World War I, and heartbroken from the end of a famous love affair.

Lost Islands of Philadelphia  (UK Premiere)
Jennifer Levonian
2018 | 10 min | Digital
Once, there were islands in the river beside Philadelphia. After reading about them in a library book, a girl sets out to find them as her mom follows frantically on roller skates.

Tad’s Nest
Petra Freeman
2009 | 5 min | Digital
The film examines the way memories are held as sensations and the ability of memory to invent people and places to perform the sensations.

Flow
Jane Cheadle
2015 | 3 min | Digital
“An attempt to make animation by ‘getting out of the way’ of materials – to let them animate themselves.” – J.C.

Apartment 6F
Matt Bollinger
2017 | 9 min | Digital
While his wife is away on a trip, a depressed web designer meets his new neighbours who invite him to their housewarming party.

Dark Matter
Clive Walley
1994 | 4 min | 16mm transferred to Digital
The sixth in Clive’s ‘Divertimenti’ sequence. A journey into an abstract and painterly world, where animated brush strokes dance and dart across levels of glass in perfect synchrony with the music.

Álommalom (Dreammill)
Dóra Keresztes
2009 | 4 min | 35mm transferred to Digital
This four-minute animated “capriccio” mourns that disappearing world of the countryside, which soon you will only meet in your imagination, in your dreams.